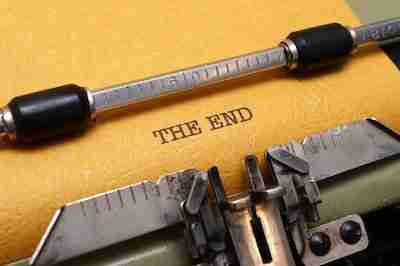 It’s All About Security

It’s been years since Microsoft had published updates for new features and enhancements for Exchange 2007–that ended when Mainstream support ended. Security updates, however, have continued up to today.

If Microsoft determines a security vulnerability exist on any of its products, it will quickly release a patch to remedy the issue. Even products that are out of mainstream support, and in extended support get updated. However, once extended support comes to an end, so do security updates–presenting a serious issue to organizations still running EOL (End of Life) products.

A Moment Frozen in Time

Hardware and OS refresh can also become problematic. Newer hardware will not necessarily be supported for products that are EOL. As for operating systems, Exchange 2007 is already limited to running on Windows Server 2008 R2; but even that OS will EOL of less than three years.

We all know that hardware is more likely to fail first. Since we can’t upgrade hardware due to compatible or operating system licensing issues, we could be heading for a disaster by running Exchange on hardware that may not have been upgraded in the last five years. 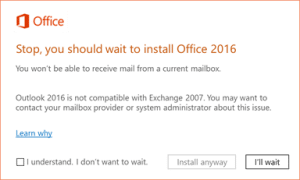 HELO Back There, We’re Stuck

Finally, complimentary applications will no longer be certified to work with EOL products. Those of you that have made the plunge to Office 2016 may have already experienced this issue.

The good news is that you don’t have to be stuck running an EOL version of Exchange, even if you don’t have the budget Exchange 2016. Both Hosted Exchange, and Microsoft Office 365 with Exchange can provide you a stable, supported platform that won’t ever go EOL. After a painless migration, you’ll be up and running for a modest, capital efficient monthly fee.
Contacts us today to learn more!