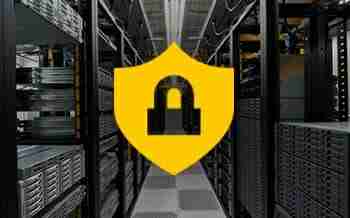 In the 1930s, France built a trench network called the Maginot Line to rebuff any invasion. The philosophy was simple: if you map out all the places an enemy can attack, and lay down a lot of men and fortifications at those places, you can rebuff any attack. The problem is, you can’t map every possible avenue for attack.

What does this have to do with IT security? Today many business owners install an antivirus program as their Maginot Line and call it a day. However there are many ways to get into a network that circumvent antivirus software.

Hackers are creating viruses faster than antivirus programs can recognise them (about 100,000 new virus types are released daily), and professional cybercriminals will often test their creations against all commercially available platforms before releasing them onto the net.

Even if you had a perfect anti­virus program that could detect and stop every single threat, there are many attacks that circumvent anti­virus programs entirely. For example, if a hacker can get an employee to click on a compromised email or website, or “brute force guess” a weak password, all the antivirus software in the world won’t help you.

There several vulnerabilities a hacker can target: the physical layer, the human layer, the network layer, and the mobile layer. You need a defense plan that will allow you to quickly notice and respond to breaches at each level.

The physical layer refers to the computers and devices that you have in your office. This is the easiest layer to defend, but is exploited surprisingly often.

Here are a few examples:

For the physical layer, you need to:

Next time in Part II, we will talk about the human and network layers of security.

IT Defense In Depth Part I was last modified: March 19th, 2021 by Regina Christensen