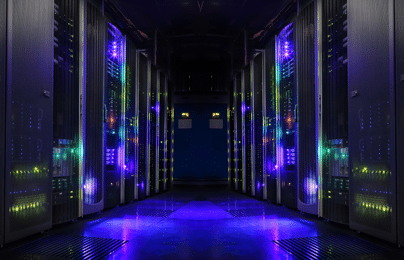 The arguments for cloud services can seem compelling, but there are still applications, situations, and datasets that call for the performance, control, and security of a server safely ensconced in your agency’s offices. The good news is that it has never been easier to build powerful, manageable servers that can meet a department or agency’s needs within a tightly limited budget.

One of the best pieces of news for agencies considering an on-premises server is that the simple tower server is far from dead. Amidst all the industry discussion of high-density racks and converged infrastructures, stand-alone servers have quietly become more powerful, more capable, and more manageable than ever before.

When you begin to look at a standalone server, the foundation spec is the CPU. While speed alone gives an indication of capability, you’ll want to look carefully at the number of cores within the CPU and the number of threads supported by those cores.

The relationship between more cores/more threads and better performance in applications isn’t direct; it depends heavily on the nature of the application and whether it was written to take advantage of multiple cores. But in general, if you have a single server that will be supporting multiple applications, more cores are better.

Next up on the spec list for most managers is memory, and the easy statement is “buy all you can afford.”

That’s safe, but in a world with budget limits you want more intelligent guidance. Here it is: If you’re going to be running a single significant application on your server, then look to the application vendor for memory guidance.

In most cases, it’s less than “all you can afford.” You can buy a bit extra, of course, but save some of the money on memory to put into components that will have a bigger impact on overall performance—like at least one solid-state drive (SSD) for storage.

As with memory, it would be nice to have the budget to go all SSD, but if that’s not possible, you can see a huge impact from having an SSD for your operating system and swap files. These files, accessed often and at high speed during application operations, will benefit from the increased performance of an SSD and allow you to use spinning magnetic storage for activities that are less performance-sensitive.

No matter which operating system you choose for your small server, you’ll find that you can manage your server as part of an integrated infrastructure that can provide support for scores, if not hundreds, of users.

Paying attention to the components in your server means that you can build a compact stand-alone system that has enough performance to host applications for a significant department. Size is no indicator of performance when it comes to the stand-alone servers that are still very much alive and kicking in the IT world.

Stand-alone Servers not dead, yet was last modified: March 20th, 2021 by Sebastian Abbinanti